be no respite from troubles for the global start-up ecosystem as these companies battle a prolonged funding winter coupled with fears of recession across various geographies. Moreover, inflation and other factors, including closer monitoring by the administration, have led to a reevaluation of their current financial standing and future prospects.

According to the Global Unicorn Index 2022 Half-Year Report released by the Hurun Research Institute, more than 228 start-ups, which achieved unicorn status in 2021, saw their valuations decline significantly in the last six months.

Eighty-one of them lost this much-coveted status after their valuation fell below $1 billion. Of these, 36 were from the US and 35 from China, which underlines the economic stress these developed nations are undergoing.

Of the 147 start-ups that saw a value decline in the report, once again 71 were from the US and 29 from China. Amongst these start-ups, Beijing-based Douyin, owner of social media platform TikTok, saw the sharpest decline of $150 billion in the last six months.

Sweden-based Klarna saw its valuation drop by 86 per cent or $39.5 billion in percentage terms.

"Triggered by inflation, the complicated geopolitical situation, and lacklustre tech IPOs, the funding winter has triggered a sharper focus on unit economics. We believe there could be a blip in the growth story in the short run, but the long-term potential of the global start-up ecosystem remains excellent and resilient as two Unicorns were minted every day in the last six months. The pinch felt in the valuation exercise and extra scrutiny of deliverables could help in broad basing the system," said Anas Rahman Junaid, managing director and chief researcher of Hurun India.

The report noted that 254 new unicorns were added globally in the year's first half. The US continued to lead the ranking by adding 138 start-ups to the unicorn club.

Meanwhile, with 14 new unicorns, India overtook China adding the maximum number of new unicorns in the first half of 2022. Currently, the US tops the start-up list with 625 unicorns, followed by China with 312, while India has occupied the third spot with 68.

However, it might be too early for the Indian start-ups to bring out the bubbly for celebrations. Recently, the Securities and Exchange Board of India (Sebi) has started looking closely at how private equity houses and venture capital funds value the start-ups and unicorns they bankroll. This comes after complaints from investors and recent reports of opaque accounting of a few unicorns.

Sebi has asked many funds to disclose their valuation practices and share details like the valuer's qualification and if there was a significant change in the valuation methodology in the past three years, among other things.

Investments By Private Equity Firms, Venture Capitalists All 80% To 19-Month... 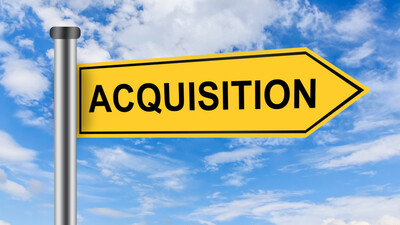