Puri Buch on Tuesday said the capital markets regulator has no business to suggest pricing of the initial share sale of new-age technology companies.

She, however, quickly added that there needs to be more disclosures by companies on how valuations have changed between a pre-initial public offering (IPO) placement and the price which is being asked for in the issue.

"A lot has been said about the pricing of IPOs of tech companies… at what price you choose to do the IPO is your business, we have no business to suggest otherwise," Buch said addressing the annual Capital Markets summit organized by industry lobby Ficci here.

Buch, the career-banker-turned-regulator and the first woman chair of Sebi, explained through an example of a company selling shares to investors at Rs 100 and then asking for Rs 450 in an IPO within a few months.

She said a company is free to ask for a higher price but needs to disclose what happened in the intervening period which justifies the massive change in the valuation.

It can be noted that there have been concerns about investors, especially the unsuspecting retail ones, being taken for a ride due to high valuations sought by new-age tech companies. The share price of payment platform Paytm collapsed to a third of the IPO issue price within a few weeks of listing.

When asked about some recent incidents and what can be done to avoid such experiences, Buch parried the question saying investment bankers ought to answer that.

Meanwhile, she also said Sebi is analyzing data and information on retail participation in the futures and options segment, which may lead to more disclosures to be made available to them.

"Sebi will continue to be consultative and democratic in its approach while making regulations and be driven only by data," she said. As part of a reorganization exercise, Sebi has appointed one to three officials in every department whose key resource area is to come out with ideas on regulation that will make the industry "celebrate", she said.

The regulator has also sought changes in the Sebi Act which will help it test potential ideas in a regulatory sandbox, she said. 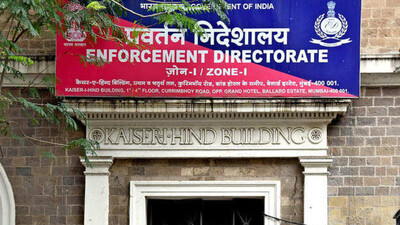