The report shows that cash on delivery (COD) orders remained the most preferred payment method, while preference for UPI grew by nearly 20 per cent from last year (COD) is still the most preferred payment option with a difference of almost 30 per cent between COD orders and Unified Payments Interface (UPI) orders placed on the GoKwik network in quarter two of 2022. However, the number of transactions through the Unified Payments Interface (UPI) has seen a steady increase over the past one year, the e-commerce enabler revealed.

Data from GoKwik shows that 64 per cent of all orders were placed via COD in Q2 2022. However, preference for UPI has also increased by nearly 20 per cent in the last one year.

“Transactions made on our network over the last year clearly show that COD isn’t going away anytime soon but customers are also growing comfortable to use pre-paid options. With increased penetration of mobile phones and faster Internet connectivity, customers' preference to make payments on D2C websites via UPI is increasing year on year. The trend can also be attributed to the several interventions rolled out on our checkout to improve prepaid conversions,” said Chirag Taneja, co-founder and CEO of GoKwik.

The average order value (AOV) for both COD and UPI payment modes have increased on the GoKwik network in the last one year, partly driven by inflation. However, the AOVs for COD have been higher than the AOVs on UPI in the last two quarters of 2022.

This could arguably indicate that there is still a lack of trust in ecommerce websites which deters customers from buying high valued commodities through prepaid payment modes. Indian e-commerce merchants, compared to their global counterparts, have always had to deal with low trust challenges in Indian consumers and the data on the GoKwik network supports that.

This trend is another challenge for Indian e-retail merchants, compared to mature markets of the US and Europe, i.e., the preference of Indian consumers toward a mobile-first shopping experience. This leads to the problem of impulse buying, which is usually via COD payment mode.

This further results in India-specific issues like Return to Origin (RTO). This particular instance can constitute as much as 30 per cent to 40 per cent of all COD orders for merchants impacting their bottom line.

CIEL Rapid will offer full flexibility to startups and SME employers to specifically select its services and fulfil their hiring needs. Start-Up School To Be Launched In Lucknow 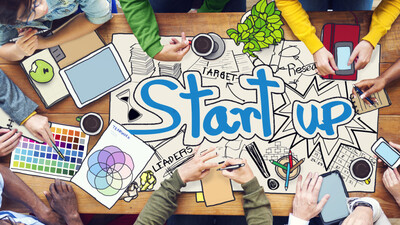