Ather Energy Looks At Expansion, Gears Up For Another Fund Raise: Report

The EV company plans to bolster production, tap in new investors in fresh funding round by Hero Motocorp, is planning to raise another round of funds – possibly its biggest one -- barely four months after raising $128 million led by the Centre’s National Infrastructure & Investment Fund (NIIF) and Hero MotoCorp, Money Control reported. In January, Hero Motocorp had announced to have pumped in $54 million in the electric scooter making company.

The Bengaluru-based company is looking to raise at least $200-250 million to take on its close competitors Ola Electric, Hero Electric, Okinawa Autotech and TVS Motors.

According to a Moneycontrol report, the funds would help the fast-growing automaker to boost up its production and supply chain capacity and put in more funds into R&D and charging infrastructure. Ather – which is yet to achieve the coveted unicorn status -- is trying to tap new investors for the new round.

While the valuation being targeted by the EV company isn’t clear, in an interview with Reuters in July, Tarun Mehta, its CEO, had said that the company was planning to increase production to 10,000 units a month by the end of the year and would fully utilise its annual output capacity of 400,000 units by the end-2023.

Mehta had also spoken to PTI about the increasing number of fire incidents on electric two-wheelers and said that such incidents would only help manufacturers focus more on quality.

The company, which counts Tiger Global Management and Flipkart founders Sachin Bansal and Binny Bansal as its investors, was founded in 2013 by IIT Madras alumni, Tarun Mehta, and Swapnil Jain. In 2018, it launched Ather 450, followed by a new flagship offering Ather 450X in 2020. The firm has built a portfolio of more than 250 designs, trademarks and patents and has further made trademark filings in more than 20 countries. Ather has also installed a comprehensive public charging network, Ather Grid, designed and built in India.

In October last year, Tata Motors grabbed headlines when it announced a $1 billion fund infusion in its electric vehicle (EV) business by a consortium of TPG Rise Climate and Abu Dhabi’s ADQ.

The company is in discussion with Abu Dhabi's Sovereign Wealth Funds (SWF) and Qatar Investment Authority (QIA) for raising in the range of $400 to $500 million and $250 to 350 million, respectively

Funds Frozen By Enforcement Directorate Do Not Belong To Paytm: One 97...

On Friday, the government agency conducted raids in six locations of online payment companies Razorpay, Paytm, and Cashfree in Bengaluru, as part of an ongoing investigation regarding the illegal... 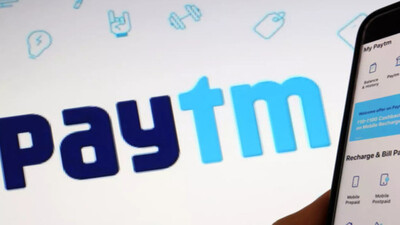